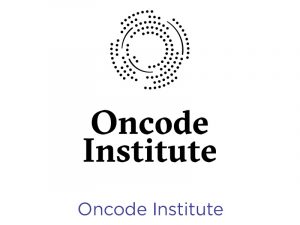 Oncode Institute brings together top fundamental cancer researchers across 12 universities and medical centers in the Netherlands with a keen focus on world-class science, active collaboration with diverse stakeholders (e.g. industry, patients, non-profits), and proactive valorization. Oncode accelerates translation of novel discoveries through dedicated funding private-public-partnerships and new venture creation with the ultimate goal of tangible benefits for patients and society at large.

The aim of my group is to unravel the mechanisms that protect genomic integrity, and study how these are affected in cancer. My group has studied cell cycle control by cell cycle checkpoints in order to gain a better understanding how cell division is influenced by damage to the DNA. In parallel, my group has studied how chromosome segregation is controlled, how chromosome segregation errors are prevented, and how these errors affect the fitness of tumor cells.

A major focus of my work in the last 5 years has been to understand how cells recover from a DNA damaging insult, such as those caused by various anti-cancer drugs. We are trying to unravel the mechanisms that promote cell cycle re-entry once the checkpoint is switched off and how this is coordinated with DNA damage repair. For this, we have established a number of assays involving FRET-based biosensors and fluorescent markers to monitor the appearance and repair of double-stranded DNA breaks, as well as inactivation and reactivation of the cell cycle machinery, in single living cells.

My lab is focused on the genetic dissection of breast cancer through the use of genetically engineered mouse models (GEMMs) and patient-derived tumor xenograft (PDX) models. For this, we have developed mouse models for invasive lobular breast cancer (ILC) and BRCA1/2- associated hereditary breast cancer. We use these models to (1) investigate genotype-phenotype relations in mammary tumorigenesis; (2) identify genetic changes underlying breast tumorigenesis; (3) study mechanisms of therapy response and resistance.

ILCs are hallmarked by somatic inactivation of E-cadherin, but cooperating cancer genes are largely unknown. Using conditional mouse models, we have shown that mutations in p53 or PI3K pathway components (Pik3ca, Akt or Pten) strongly cooperate with E-cadherin loss in ILC formation. We have also used in vivo insertional mutagenesis screens to identify ILC driver genes and mutations that cause resistance to FGFR inhibitors.

The human body is made up of trillions of cells that exist because of countless successful cycles of cell growth and division during embryo development. These cycles continue during our lifetime to produce cells for tissue renewal and repair. Uncontrolled cell division cycles, however, cause cancer. The Kops group aims to understand how normal division cycles produce healthy, genetically identical cells and how errors in this process contribute to cancer.

We are particularly interested in the processes that ensure correct distribution of our genetic material, the chromosomes during cell division. This is not only fascinating from a molecular perspective (how does a cell do that) and an evolutionary perspective (How has this intricate process evolved and are there meaningful differences between species?) but also has implications for health and disease. Errors in chromosome segregation are a major cause for birth defects and embryonic lethality in humans, and the most common genetic alteration in human tumors is aberrant chromosome numbers, called aneuploidy. Finally, as we and others have shown, errors in chromosome segregation during mitosis have dramatic secondary consequences on genome integrity, including translocations, deletions and chromosome shattering (chromothripsis).

For more information on our research, check out the video ‘Spying on cancer’ and Geert Kops’ profile on UU Life Sciences.

Amber Liu is a Business Developer at Oncode Institute. With a clinical pharmacy background from the University of Toronto, she has taken her patient-centric perspective in scouting for novel innovations in life sciences with high impact potential and supported their commercial development. Prior to Oncode, she developed funding strategies, business cases, conducted market assessments and new business development activities at strategic funding consultancies in The Netherlands. While at a health tech accelerator, her focus was on validating the business case of a given innovation and testing the value proposition with end-users. At Oncode, Amber assists with the translation of research to clinic through qualifying innovations and commercial opportunities, creating and implementing valorization strategies, and fostering stakeholder relations.

Ester is a biomedical scientist by training with experience in both an academic and a biotech environment. She obtained her PhD in the lab of Hans Bos at the UMC Utrecht. She studied signalling routes in cancer biology and continued this line of research at Galapagos in Leiden. In 2010 Ester moved into scientific project management and is managing director of CancerGenomics.nl since 2015. She has been involved with Oncode Institute since its early days and supported the founders in developing the scientific strategy. In her current role as Programme Manager, Ester supports the Scientific Director and Research Management Committee and is responsible for all programmes directly related to supporting research and the link to the clinic. This includes managing dedicated funds for clinical proof of concept projects and large equipment and technology applications.