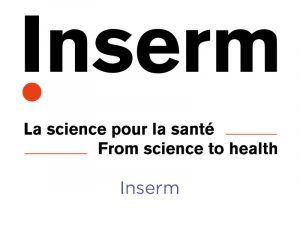 Since it was founded in 1964, Inserm has played an active role in major medical breakthroughs, including the first prenatal diagnostic tests, decoding of the HLA system mechanisms, the first in vitro fertilization, identification of the AIDS virus, cancer radiotherapy, the first skin graft, deep brain stimulation, gene therapy…

The Institute distinguishes itself through the scientific excellence of its teams and its ability to carry out translational research from the research laboratory to the patient’s bed.

Today, Inserm is Europe’s leading academic research institution in the biomedical field, with over 13,000 scientific publications each year.
Play a major role in coordinating health research.

Inserm has always worked in close partnership with hospitals, universities and other public sector institutions. The majority of its research structures are joint research units, located close to health care establishments and teaching centers. These partnerships ensure success by pooling skills, attracting talents and being in close proximity to patients.

Inserm is one of the founder members of Aviesan, the French National Alliance for Life Sciences and Health, over which is presides. Through its scientific coordination of research themes and operational coordination of projects and resources, Aviesan enhances the responsiveness and effectiveness of French research.

Act for and with society

Discoveries in the field of health and their applications raise many questions about ethics and respect for life. Inserm had led to the founding of the National Consultative Ethics Committee in 1983 and has its own ethics committee, a full-fledged player in the dialogue between the scientific community and society.

The Inserm Ethics Committee supports the Institute’s staff in identifying and incorporating ethical questions into their projects from the design stage. Particularly attentive to the transparency and compliance of clinical trials and research involving humans, the Institute also has an Ethics Evaluation Committee which issues opinions on this type of project.

Within the framework of a highly proactive mechanism which aims to promote good research practices and support its researchers in this imperative, the Institute also has offices and colleges dedicated to questions of scientific integrity, professional ethics and the protection of personal data.

With such rapid progress in the field of public health, Inserm has been developing and producing Collective Expert Reviews since 1993. Produced at the request of public authorities or on Inserm’s own initiative, these publications synthesize thousands of international scientific articles. They require a multidisciplinary approach in order to provide reliable points of reference to public authorities and support them in their decisions on sensitive issues: health effects of substances such as asbestos, pesticides or alcohol, management of disorders such as fibromyalgia or dyspraxia…

With and for patients

Places of dialogue, reflection and proposal, patient organizations play a decisive role in scientific and health democracy. They are involved in organizing, and even funding research. Since 2004 and the creation of the Think Tank Network with Patient Organizations (GRAM), making these associations full-fledged partners in research is one of Inserm’s priorities, now included in its contract of objectives.

To strengthen the role of patients and citizens in producing knowledge and innovation, one of the Institute’s major ambitions is to increase its commitment to participatory research.

Web information dossiers, a magazine, books written for the general public, and videos are all tools produced by Inserm to ensure the dissemination of quality information to all audiences.

In line with all its missions previously described, Inserm is now piloting the 4.UNCAN.eu CSA and will be making sure the project runs smoothly and reaches its objectives.

As a practising haematologist and professor of haematology at the Faculty of Medicine of the University of Paris-Saclay, Professor Eric Solary was Director of Research at Gustave Roussy from 2011 to February 2020. He was responsible for the integration of clinical, translational and fundamental research, the structuring and operation of technological platforms grouped together in a joint service unit, and the coordination of major research programmes in molecular medicine, immunotherapy and DNA repair.

Eric Solary created the Inserm research unit “Cellular death and cancer” in 1999 and the Inserm research centre “Lipids, nutrition, cancer” in 2007. He continued his work in the field of molecular processes governing the life cycle of blood cells. Within the research unit 1287 “Hematopoietic stem cells and development of myeloid hemopathies” at Gustave Roussy, Eric Solary studies the functions of normal monocytes and the pathophysiology of chronic myelomonocytic leukemia.

Eric Solary is the author of more than 350 publications in international scientific journals. He has received numerous awards, including the Raymond-Rosen Prize of the Foundation for Medical Research in 2018.

Chloé Jégo is a Doctor in molecular biology. She graduated her PhD in October 2019, at Gustave Roussy, in Inserm U1170, now U1287, under the supervision of Eric Solary. She dedicated those 4 years of research on the characterization of medullar Mensenchymal Stem Cells (MSCs) from Chronic Myelomonocityc Leukemia (CMML) patients.

After her graduation, Chloé travelled and worked around Australia for 2 years that allowed her to become fluent in English. Her experience in research and travels gave her the will to try to work and improve the practice of open sciences between countries. She is now part of the project management team as a scientific project manager and coordonates 4.UNCAN.eu CSA with Eric Solary.