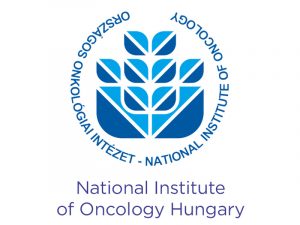 The National Institute of Oncology (NIO) is the largest and most prominent institution in cancer care in Hungary and has been the epidemiological, organizational, methodological, treatment, research and training center of Hungarian oncology for more than half a century. In order to perform these tasks, the Institute operates with 347 beds, and has over 1,000 employees, following the principles of ISO. With this capacity, the NIO treats approximately 16,000 new patients, and more than 600,000 outpatient events occur annually.
Besides that, the NIO is the only OECI (Organization of European Cancer Institutes) accredited Comprehensive Cancer Center (CCC) not only in Hungary, but in Central and Eastern Europe (CEE). Tasks of NIO, beyond offering cancer care services to the entire Hungarian population, include the development of multidisciplinary professional standards and guidelines. The NIO developed the Hungarian National Cancer Control Programme (NCCP) in 1993, which was most recently updated in 2018. The high level of our scientific-research work is conducted at 7 dedicated research departments characterized by more than 100 active clinical trials per year, hundreds of publications (regularly over 800 cumulative impact factors, 2020 IF: 1485,682) and presentations. The Institute’s scientific collaborators include leading cancer institutions on four continents.

The Hungarian Cancer Registry was established within the NIO and has long a wide scale of collaborating activities with the IARC on epidemiological studies. Likewise, Hungary was the first country to join IARC in 2019 in the Central and Eastern European Region.
In addition, in 2014, the Institute established the Hungarian Oncology Network with four regional cancer centers in the cities of Debrecen, Pécs, Szeged, Szombathely and acts as the coordinator of the network. The NIO was also a member of the ERN-EURACAN solid tumor network. The Institute is continuously involved as partner or leader in a prominent European projects such as the Eurocanplatform, BenchCan, INTENT, CHRODIS, JARC or the iPAAC projects and the leadership at NIO has been actively contributing to the formulation of recommendations for the European Cancer Mission as well as the Europe Beating Cancer Plan.

Within the framework of the 4.UNCAN.eu project, the NIO will be leading WP6 titled ’Inequalities in cancer research – improved science with improved outreach’, with the co-leadership of the Netherlands Cancer Institute, NKI.

The WP6 leader is Prof. Péter Nagy, Scientific Director of the NIO and the co-leader, is Prof. René Medema, Chairman Board of Directors, and Director of Research at NKI. The general objective of WP6 is to identify mechanisms that may boost cancer research and innovation potential in lower income regions across Europe while promoting technology transfer and interaction with private companies.

He is the current Scientific Director at the National Institute of Oncology, Head of the Department of Molecular Immunology and Toxicology, Full Professor at the University of Debrecen and the University of Veterinary Medicine, Hungary.

He is an editor of six journals in his field (e.g. Journal of Biological Chemistry, British Journal of Pharmacology, Molecular Oncology and Antioxidants and Redox Signaling).

He has 81 scientific publications and has led several national and international consortium research projects (e.g. currently he is the Principal Investigator of the National Tumorbiology Laboratory and Redox Tumorbiology Thematic Excellence Programmes and the UNCAN Working Programme Group Leader within the „Horizon Europe” Cancer Mission.

Professor NAGY is the President of the Scientific and Social Advisory Board of the Foundation for the University of Debrecen.

The major area of his scientific interest is centered on reprograming of metabolic and cellular signaling pathways in cancer. The major focus of their research activities lies within redox regulation of protein functions, antioxidant defense mechanisms and alterations of transulfuration pathways. These processes play major roles in oncogenesis, tumor progression, immune-response/suppression and in the development of resistance to current therapies. Therefore, better understanding the underlying fundamental mechanistic reasons for the observed alterations in these processes in cancer vs normal vs immune cells will likely lead to novel and more effective therapeutic interventions.